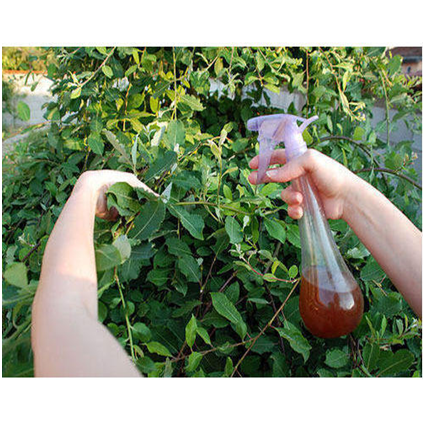 This earth has given plenty of things, to lead our joyful life, but we people, in return spoiling our precious gift.  But when you consider agriculture here we get chance to serve the nature, as per me, this agriculture is a friendly bond between nature and creature, if you feed the “keth” it feeds you through “phal -phool”.

Soil is thing which encloses numbers of microbial and microbial population in it. The health of soil depends on the extent of active mode of beneficial micro and macro-organism. In that the commonly known farmer friend that is earth worm which act as natural tiller, through its barrowing nature plays a major role in soil health.

Vermiwash meaning: it is an organic drainage obtained from units of vermicompost, The water that passes through the vermiculture, resulting in washing of the live and dead earthworms, soil microorganisms and decomposed organic matter, carries all the dissolved substances.

Method of preparation of vermiwash:

The preparation of vermiwash is cost-effective which can be prepared with locally available materials. An empty barrel with one side open is taken. On the other side, a hole is made to accommodate the vertical limb of a T jointed tube in a way that about to one inch of the tube projects into the barrel. To one end of the horizontal limb is attached a tap. The other end is kept closed. This serves as a emergency opening to clean the T jointed tube if it gets clogged. The entire unit is set up on a short pedestal made of few bricks to facilitate easy collection of vermiwash.

A 25 cm layer of broken bricks or pebbles is placed. A 25cm layer of coarse sand then follows the layer of bricks. Water is then made to flow through these layers to enable the setting up of the basic filter unit. On top of this layer is placed a 30 to 45 cm layer of loamy soil. It is moistened and into this are introduce about 50 earth worm.

Cattle dung pats and hey is placed on top of the soil layer and gently moistened. The tap is kept open for the next 15 days. Water is added every day to keep the unit moist. On 16th day, the tap is closed and on top of the unit a metal container or mud pot perforated at the base as a sprinkler is suspended. 5lt of water is poured into this container and allowed to gradually sprinkle on the barrel overnight. This water percolates through the compost and vermiwash get collected at the base.

Uses of vermiwash are an ecofriendly natural fertilizer prepared from biodidegradable organic wastes and are free from chemical inputs. Vermiwash helps to develops resistance against various disease and pests.

It helps in intiating good flowering and produce good yield in some vegetable crops. Vermiwash is a liquid fertilizer and reported that 20-30% dilution inhibits the mycelia growth of pathogenic fungi. Act as biopesticide when diluted with 10% cow urine or neem extract. It does not have any adverse effect on soil, plant and environment.

Root-dip–  the diluted  solution of vermiwash used for the seedling dip, if we dip the seedling 15-20 minutes in a solution before the transplantation, it will be helpful for the profuse rooting habit.

Foliar spray- the diluted solution of the vermiwash used the foliar spay lead to the healthy foliage formation by avoiding the pest and disease affection.

Soil application– the application of the vermiwash to the soil helps in nutrient availability to the plants in ready form.

As vermiwash seems to possess an inherent property which acts not only as a liquid organic fertilizer but also as a mild biocide, it can be used as an effective input in organic agriculture

for both soil health and disease management for sustainable vegetable production.