The concept behind My Dream Garden LOGO 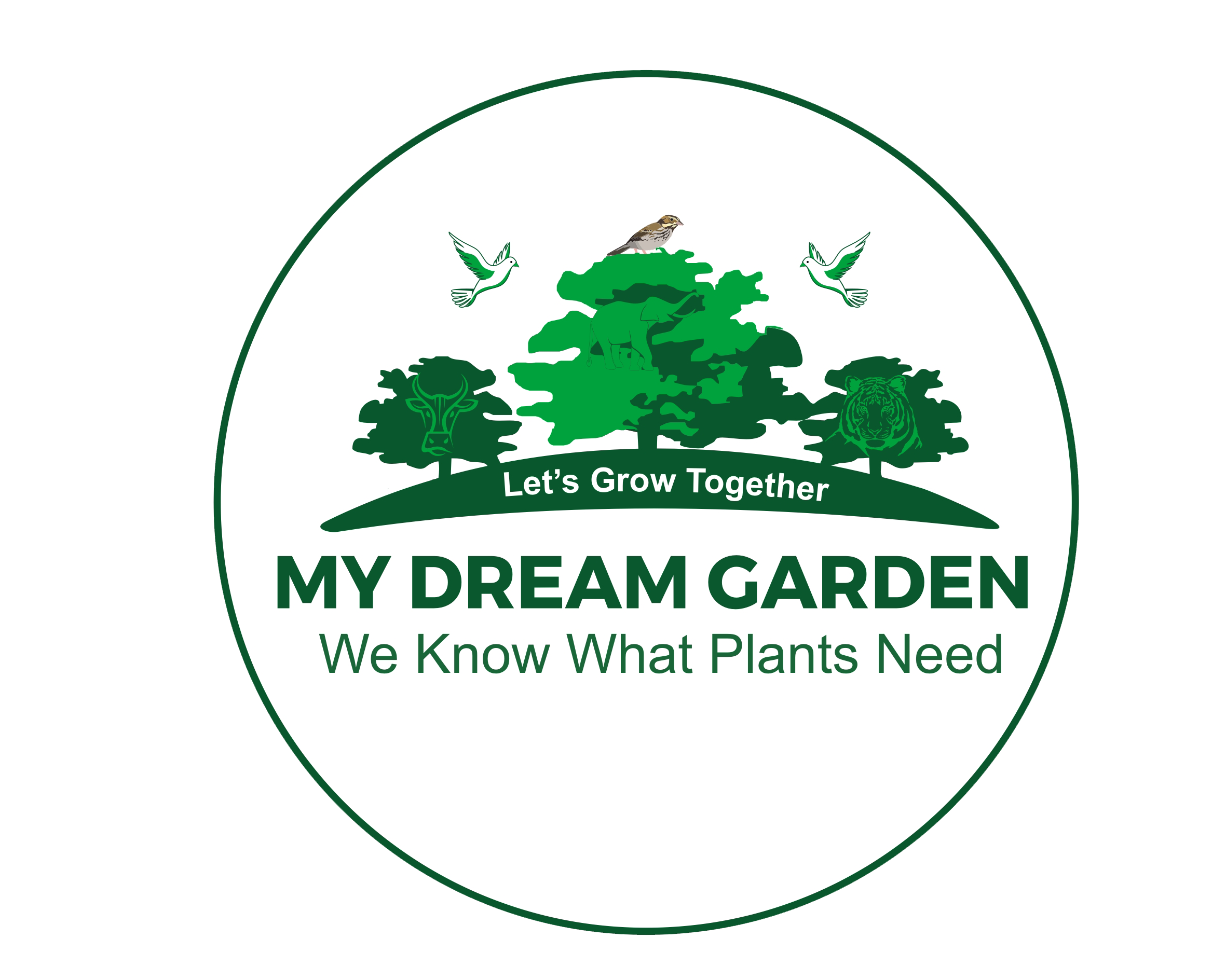 When I started MY DREAM GARDEN, I had a big goal. And my final goal is to build the forests all around the cities especially in Bangalore. My vision is to build BIODIVERSITY around these concrete jungles, Says CEO of My Dream Garden Mr. Ashok Kumar K C.

From the Past 7 years of experience and experiments, we found that we need to supply what exactly the plant needs. And we introduced products based on that requirement for better growth and better yield in your plants.

The concept behind this logo include-

EARTH- My vision is to greenifying the world and I used to dream about greenery in these concrete cities. That’s why started MY DREAM GARDEN as an Urban Farmers who build terrace vegetable gardens and build greenery on the terrace. This was the base idea to start spreading greenery in Bangalore, he said.

So the line below the forest says that the whole earth is full of greenery on one day.

FOREST- As I told my vision is to build the forests in and around the cities, I thought of converting unfertile land into fertile land first. Then the question raised in my mind like HOW??? How can I convert unfertile land into fertile one that too living in such a concrete jungle? Then started thinking about it and finally got the best idea for this problem. The idea is – In all metropolitan cities like Bangalore, waste management is the major issue that the municipality will face. There is a problem in segregating the waste into WET Waste and DRY Waste and then recycling it. As we know Wet waste includes vegetable wastes from the kitchen which can be used as the best input to enrich the soil. Then I thought that we can collect this vegetable wet waste and dump it by digging holes of around 6 feet in those unfertile lands that we select. It takes a few years to decompose in it completely and finally that land will convert into a fertile one. And then we can build the forest and Biodiversity by planting a variety of native, exotic plants that include herbs, shrubs, medicinal plants, fruit crops, timber trees, and also canopy trees which builds mini forest and give forest feel for the birds and animals in it. This is the idea that I got which can help the municipality to manage the waste and recycle it easily, says Ashok.

So the three trees in the logo symbolizes the forest.

COW- If you keenly observe those trees you will find Cow in one tree. Why it is there is because, In Hindu culture, we worship cows as “KAMADHENU”. The cow provides cow urine, Gober / Manure /Cow dung that can be used for fertilization of wasteland. Along with that the milk, curd, ghee, butter produced by it can be consumed and fulfill the needs of a family. Earlier Cows were used for farming purpose but due to modernization, the number has been decreased. The concept behind this is to start raring cows again for fertilizers as well as fulfilling the needs of the growing population.

I can say that everything is nothing but “CO-EXISTENCE”. That is Live and let them live concept. If you don’t support their lives they will become extinct on one or the other day. This is what happened in most of the vegetables, animals and birds, he says.

TIGER AND ELEPHANTS- In those trees, we also find the picture of Tiger and Elephant. This is the same way as When the technology increased their numbers decreased. Earlier people used to make use of Elephants for heavy works but when innovations occurred, they were neglected to form the world of Human beings. In the same way Tigers also extinct now and we need to increase their numbers again. We should exist and we need to support their existence too. We need to support their lives too. This is the concept behind it.

BIRDS – When it comes to the flying birds in the logo, It mainly indicates sparrows. Since sparrows were the cute existence of nature which is extinct to the higher level now, I thought of supporting that cute little bird. In our childhood, we supposed to have a special corner in every house that supports nesting of these little birds. And family members used to provide food for this bird. No one used to disturb them and they were living like our family members. Also, mornings were beautiful by its chirping sound. So peaceful it was. But now due to telecom and networks, their num has been reduced at a severe rate.

Finally, I can say that when I thought of building Terrace Vegetable Garden, I thought of increasing its number by supporting its lifestyle. Not only that having a garden and working in the garden builds a beautiful relationship between mother nature and human beings. I would like to give you an example now. The people and children who live in apartments and big cities will not have any contact with other people. They live in their world. Here children are more affected when compared to their parents as they don’t come in contact with the people, nature, environment. At such times having a terrace garden helps the children to understand the plants and greenery. This was all about the thoughts behind this LOGO, says Ashok.